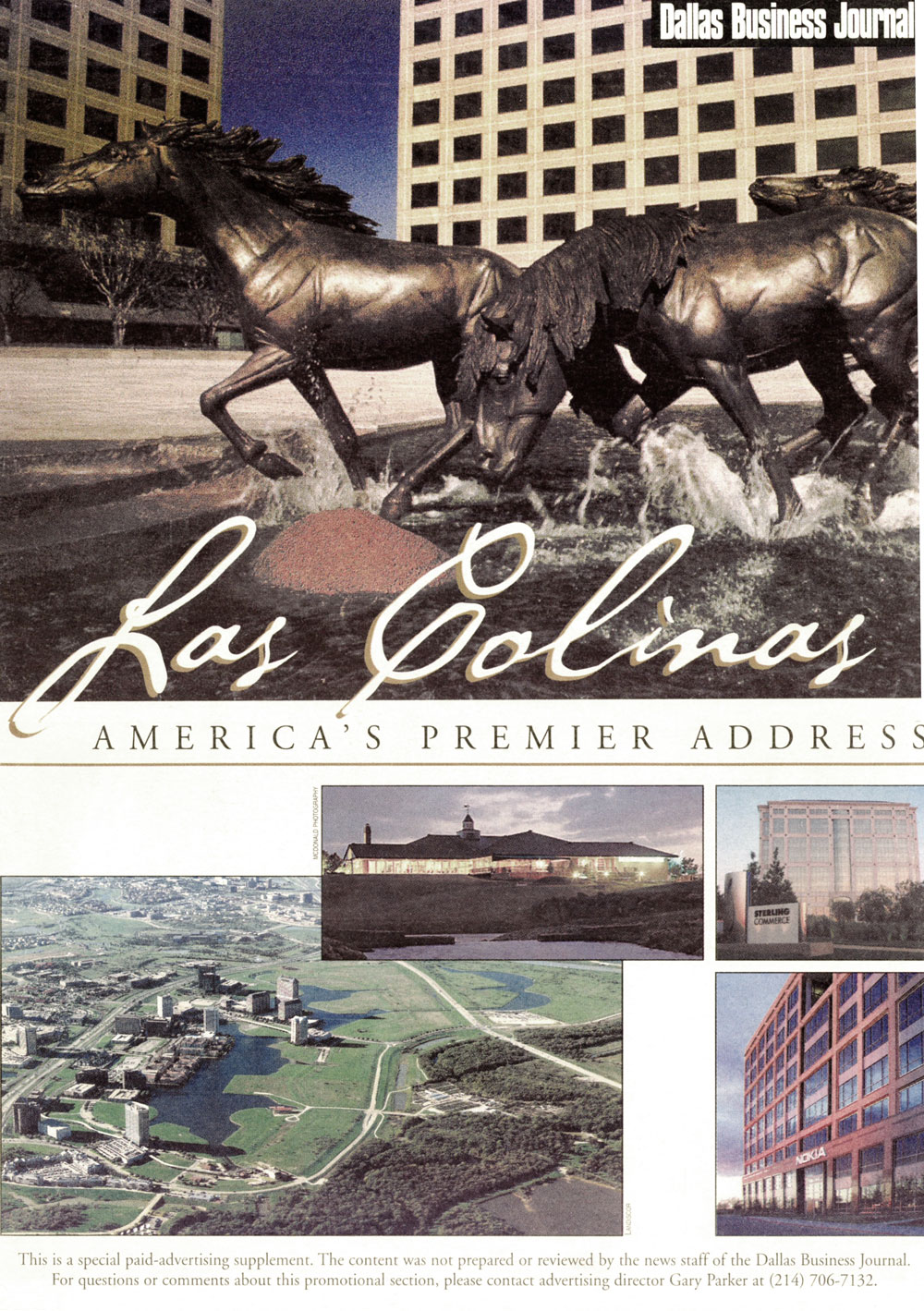 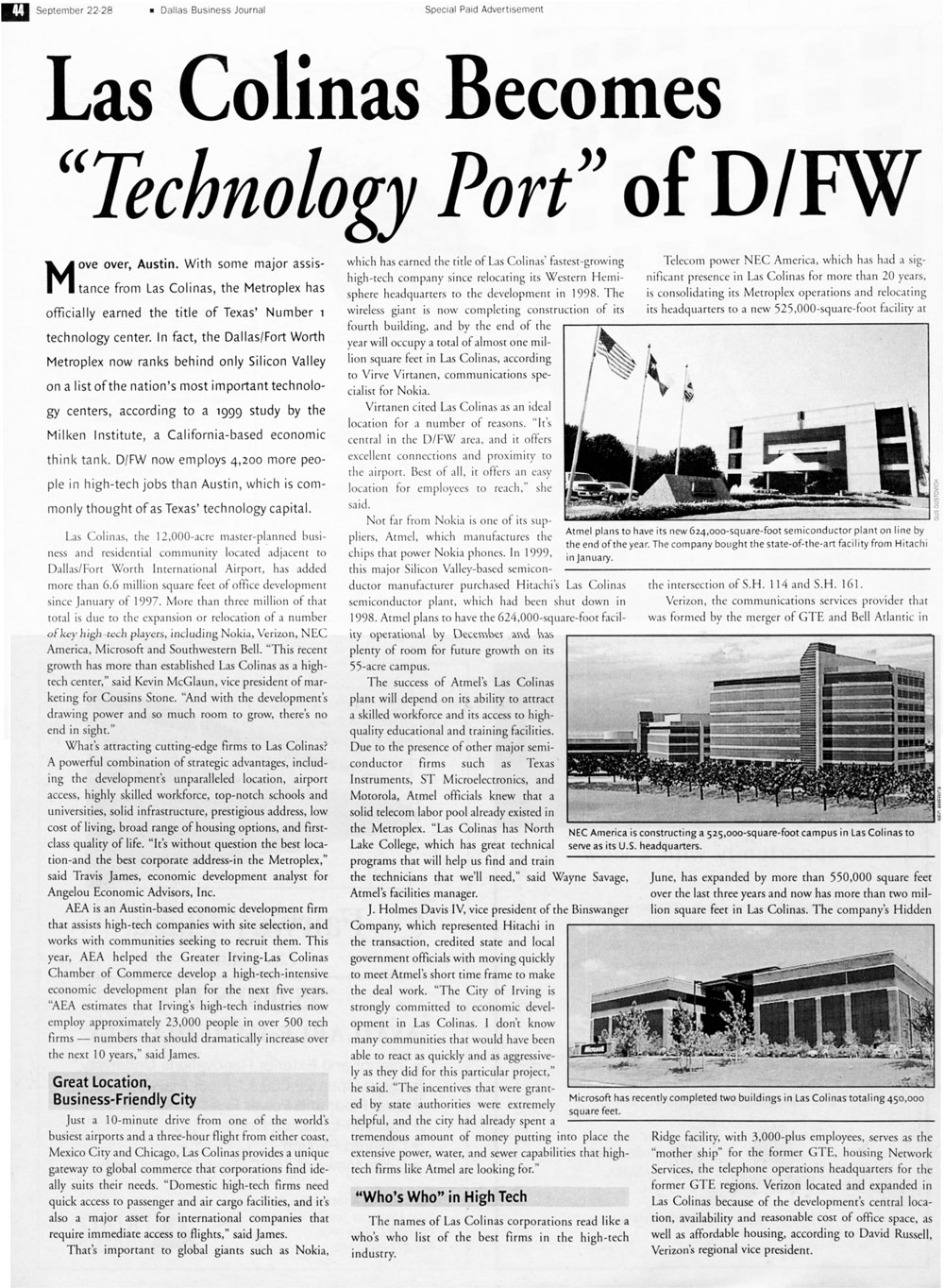 Move over, Austin. With some major assistance from Las Colinas, the Metroplex has officially earned the title to Texas’ Number 1 technology center. In fact, the Dallas/Fort Worth Metroplex now ranks behind only Silicon Valley on a list of the nation’s most important technology  centers, according to a study by the Milken Institute, a California-based economic think tank. D/FW now employs 4,200 more people in high-tech jobs than Austin which is commonly thought of as Texas’ technology capital.

More than three million of that total is due to an expansion or relocation of a number of key  high-tech players, including Nokia, Verizon, NEC America, Microsoft and Southwestern Bell. “This recent growth has more than established Las Colinas as a high-tech center,” said Kevin McGlaun, vice president of marketing for Cousins Stone. “And with the development’s drawing power and so much room to grow, there’s no end in sight.”

That’s important to global giants such as Nokia, which has earned the title of Las Colinas’ fastest-growing high tech company since relocating to its Western Hemisphere headquarters to the development in 1998. The wireless giant is now completing construction of its fourth building, and by the end of the year will occupy a total of almost one million square feet in Las Colinas, according to Virve Virtanen, communications specialist for Nokia.

Who’s Who in High-Tech
The names of Las Colinas corporations read like a who’s who list of the best firms in the high-tech industry. Telecom power NEC America, which has had a significant presence in Las Colinas for more than 20 years, is consolidating its Metroplex operations and relocating its headquarters to a new 525,000-square-foot facility at the intersection of S.H. 114 and S.H. 161.

Verizon, the communications services provider that was formed by the merge of GTE and Bell Atlantic, has expanded by more than 550,000 square feet over the last three years and now has more than two million square feet in Las Colinas. The company’s Hidden Ridge facility, which 3,000-plus employees, serves as the “mother ship” for the former GTE, housing Network Services, the telephone operations headquarters for the former GTE regions. Verizon located and expanded in Las Colinas because of the development’s central location, availability and reasonable cost of office space, as well as affordable housing, according to David Russell, Verizon’s regional vice president.

“Once people choose a high-tech career, they have plenty of options in the Metroplex. We want to offer a facility in a great location that will help us ‘seal the deal’ and make our employees happy,” he said.