The Cost of Obesity

When Milani Aller, a 36-year-old nonprofit fundraising director from South Africa, moved to Texas four years ago, the first thing she noticed about the U.S. was the incredible abundance: of hefty waistlines and fast-food restaurants.

“It’s so easy to go into a restaurant in the U.S. for $5 or $10 and get a plate of food that would feed a family of four,” Aller says. “And people aren’t even self-conscious about eating huge portions of food in public. Being overweight seems to be the norm.”

Aller’s observation is unfortunately right on. Health officials say that obesity has become a virtual epidemic in the U.S. that now represents a significant health threat to millions.

High Costs in Health and Dollars

…Americans are paying a high price for their love affair with fast food and inactivity. Psychologically and physically, obesity takes a heavy toll. “Overweight and obese people are often perceived as being less successful and less competent, with less discipline and professionalism,” says Susan Burke, M.S., a licensed dietician, diabetes educator and director of nutrition services for eDiets.com. “They may be ostracized by society and often suffer from consequences ranging from loneliness to major depression.”

…But finding a solution is critical, not only for Baby Boomers but also for their kids, who are packing on the pounds in record numbers, too…Doctors are reporting a surge in young adolescents developing type 2 diabetes—which can, in turn, lead to heart disease, high blood pressure, kidney disease, stroke, limb amputations, and blindness.

…The problem is so severe that many health experts now consider obesity to be the No. 1 health threat for today’s young people. “With each year and each pound of weight gain, children have a more difficult time changing their eating and physical activity behavior,” says Dr. Gail Frank, RD, CHES, spokesperson for the American Dietetic Association and a professor of nutrition at California State University. “Their self-esteem and overall future health are at risk, and the onset of chronic disease once seen mainly in adulthood appears earlier.”

Fad Diets Not the Answer

Desperate for a quick and easy solution many Americans turn to fad diets for help. There are now more than 10,000 diets to choose from, and one in three Americans is on a diet at any given point. In fact, the market for weight loss products has become a virtual gold mine. Americans now spend more than $30 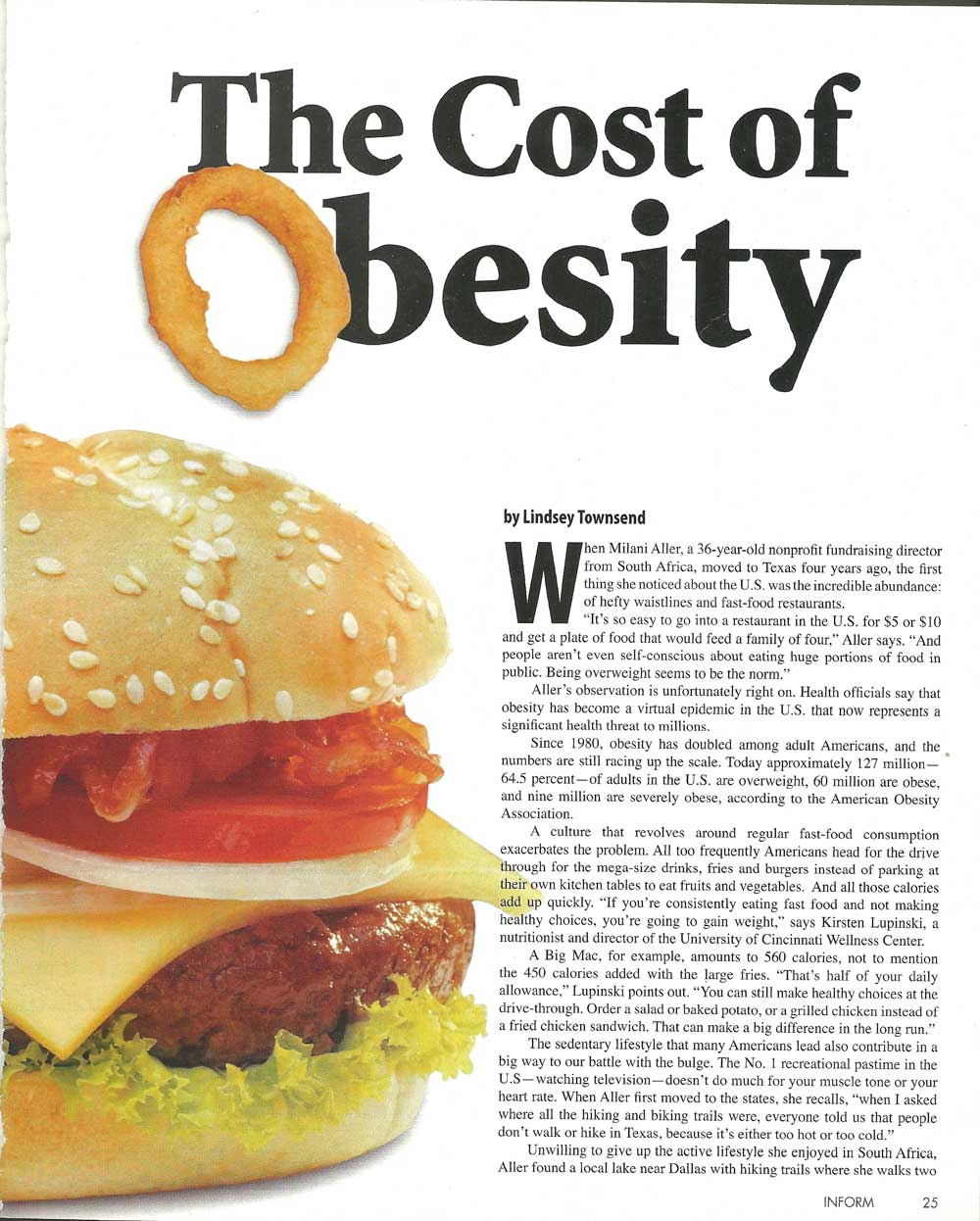 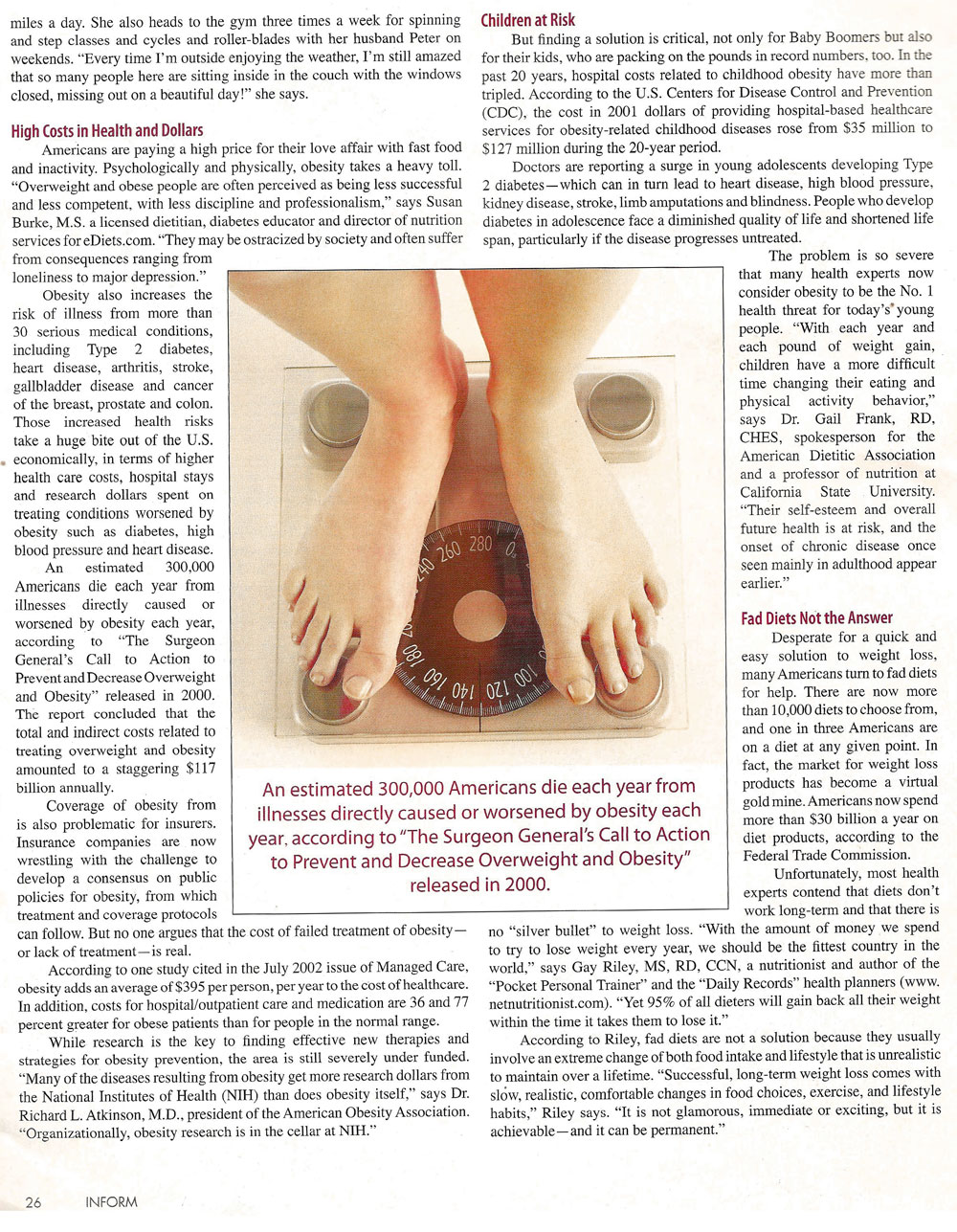