The Sport of Kings

Combine the body-slamming groans of hockey with eight 1,000-pound animals galloping at 3 mph down a football-sized field, throw in some high-level strategy, fancy horsemanship, and a few hundred hair-raising changes of direction, and what do you  get? Polo, once known as the “sport of kings” and now enjoying a surge in popularity in the United States.

“Other sports like tennis and golf didn’t do it for me. They were so monotonous they didn’t hold my attention,” says Robin Murphy, owner and publisher of The Thrifty Nickel in Dallas. After taking polo lessons, she fell in love with the sport. “I realized that I was not going to be satisfied with just stopping there,” so I made a commitment by buying a horse,” she says. That was five years ago. Murphy now owns 13 horses, plays three days a week, and regularly sponsors tournaments at the Dallas Polo Club (DPC).

…“You can always spot the new players. They’re the ones with the big silly grins on their faces because they’re having a hoot!” says DPC General Manager Scott Lancaster. 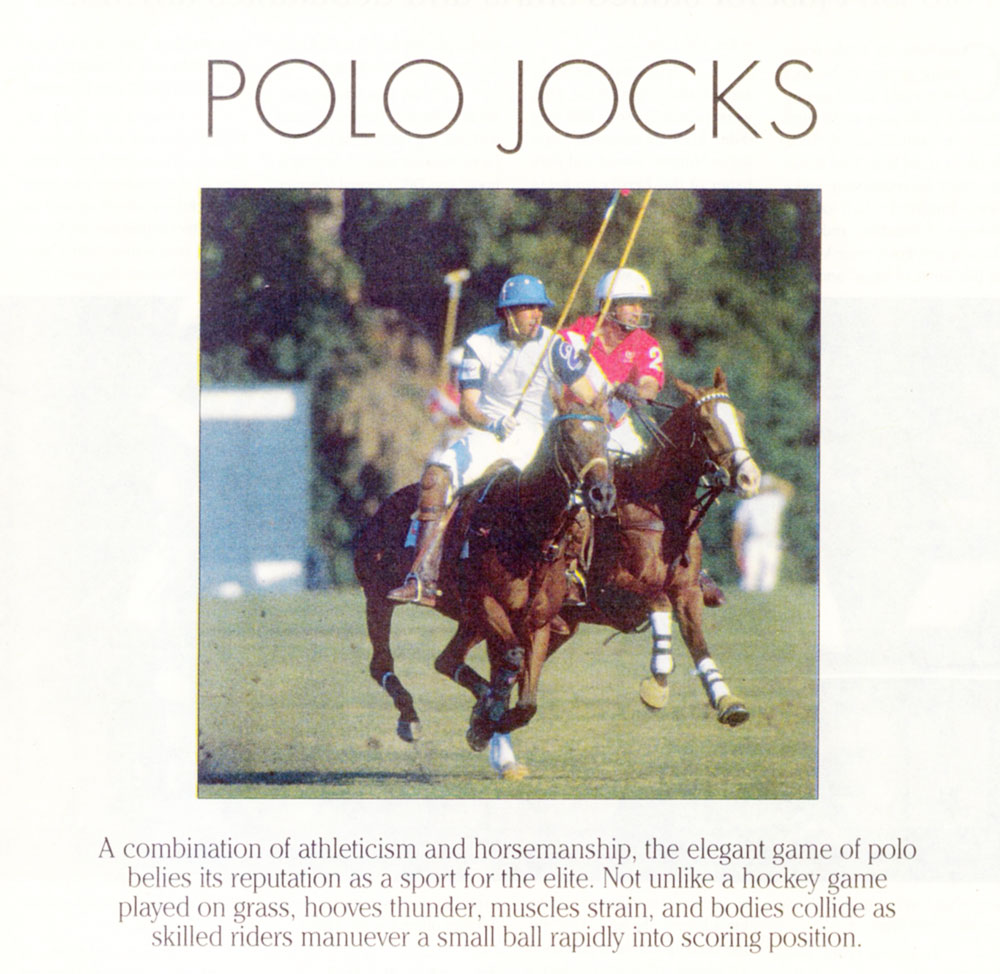 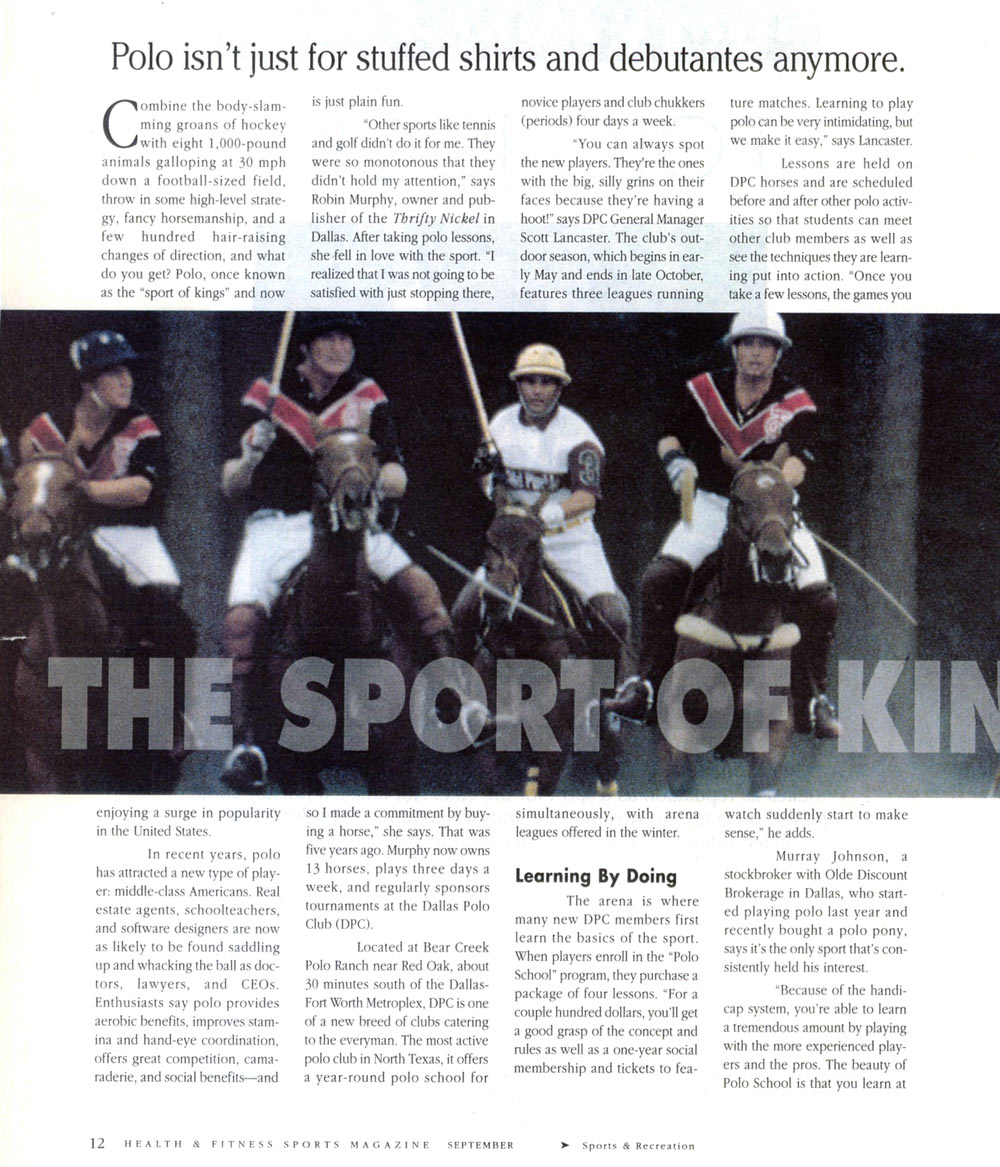 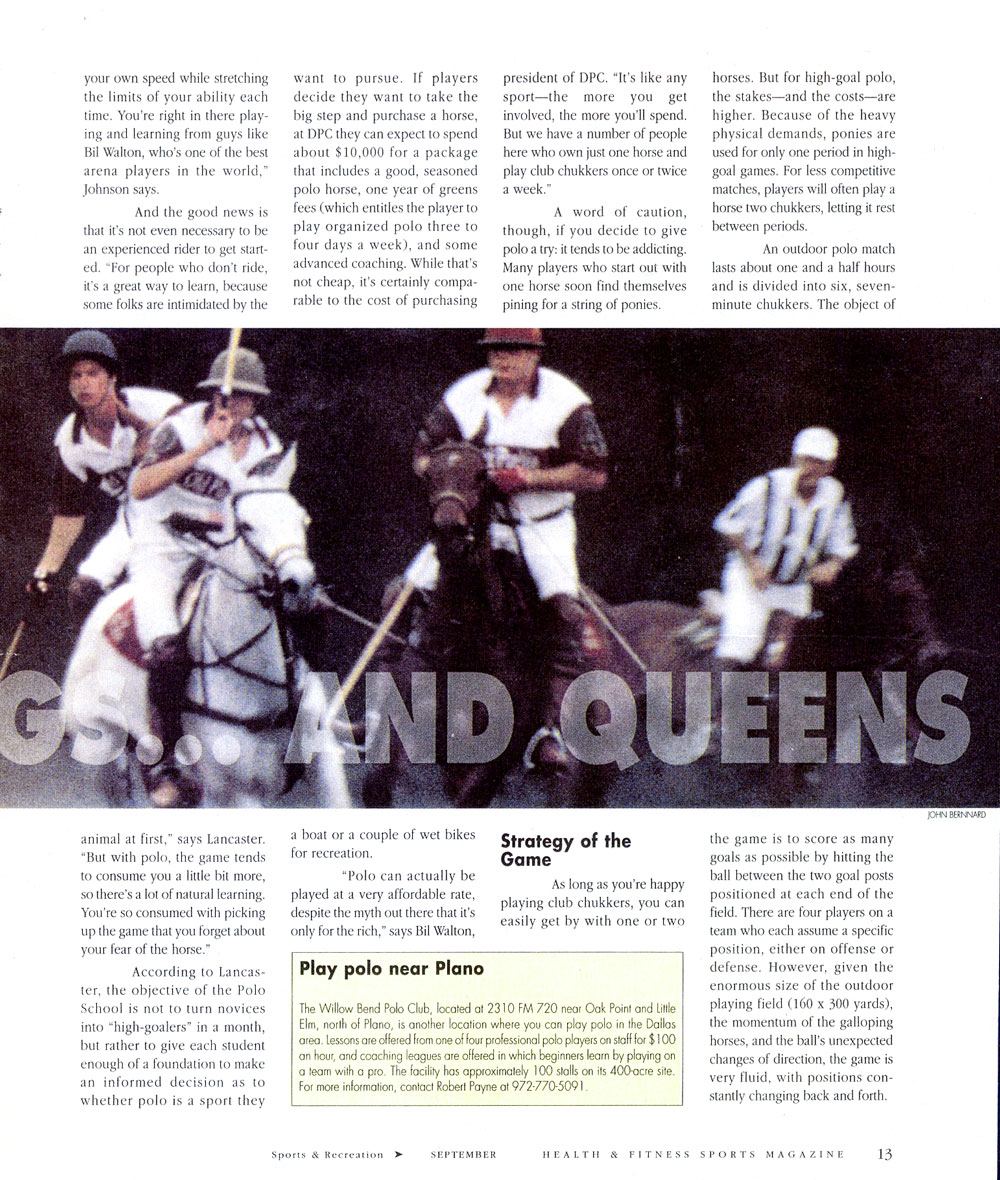